Would you like to write us? Please fill in this form. We will reply as soon as possible! We speak: Italian, English, American, Spanish, Portuguese, French, German, Dutch, Chinese (simplified), Russian 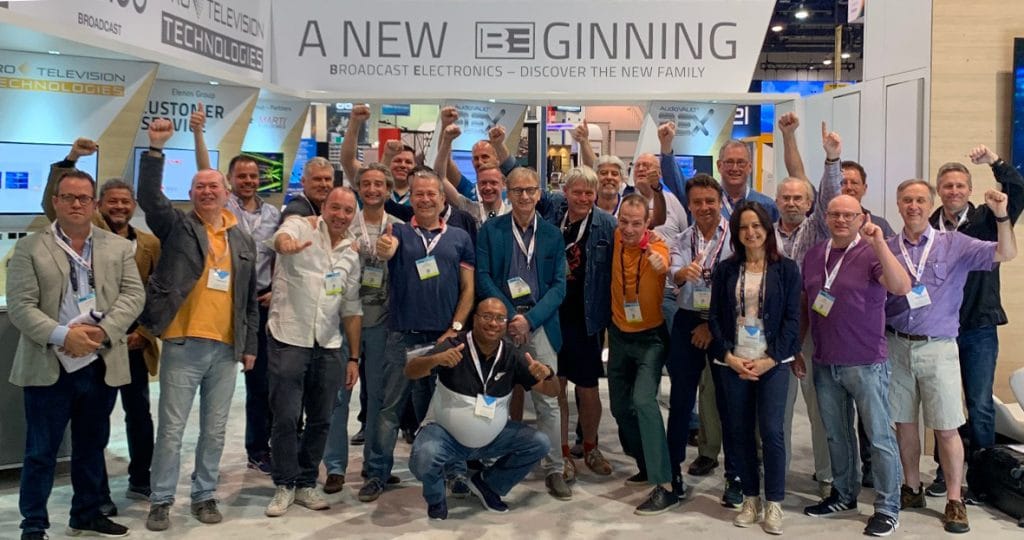 Few companies have led the broadcast technology industry for so long

QUINCY, IL, June 2019 – The year was 1959, Dwight Eisenhower was president, the Barbie Doll had just been introduced by Mattel, and Alaska had just become the 49th state. Radio was a growing industry, and the new faster paced formats were difficult to implement with the available technology. Apparently independently, two radio station engineers, Ted Bailey of WJBC in Bloomington, IL and Ross Beville of WWDC in Washington, DC had been experimenting with using endless loop tape cartridges for playback of short audio bits in a radio studio.

Both groups created prototypes and exhibited at the 1959 NAB convention at the Conrad Hilton Hotel in Chicago. Ted Bailey and Jack Jenkins formed Automatic Tape Controls (ATC) which went on to become ITC. Ross Beville called his product “Spotmaster” and formed Broadcast Electronics.

The tape cartridge machine, developed by these companies went on to revolutionize radio broadcasting, and was a fixture in radio studios worldwide for more than 40 years.

Broadcast Electronics grew in Silver Spring, MD, and began to manufacture a wider range of radio studio products including audio consoles and turntables. In 1976, former Gates Radio Vice President, Larry Cervon became the President of Broadcast Electronics, and the following year, relocated BE to Quincy, IL. It was a move that would change the company dramatically.

Just when competition began to introduce models that had similar performance, BE introduced the FX-50, which bettered the S/N by a further 10dB. Many customers learned to love BE for the FX-30 and FX-50, which they used to upgrade their existing transmitters. When it came time to replace those transmitters, many selected BE because of the performance and reliability of the exciters.

But the world of broadcasting was changing, and computers were beginning to become more a part of radio. Cervon could see that the days of the cartridge machine were limited, and the company began to develop a completely digital audio system using computer technology, which it called AudioVault. The product was unique when it was introduced because the company developed a sophisticated digital system that didn’t rely on the fragile PC’s of the day to process audio, only to control the audio playback. Further, the user interface was comfortable to DJ’s actually resembling the cart machines that they were familiar with.

Larry Cervon retired in 1990, after 14 years at the helm, having grown the company substantially, and giving BE a worldwide presence in Radio. His retirement set off a series of ownership changes. In the early 2000’s, BE developed HDRadio™ products, which further established the company as a technological leader.

Today, BE is growing again, having been acquired in 2018 by another radio transmitter pioneer – Elenos and its visionary entrepreneur, Leonardo Busi. Joining BE as a member of the Elenos Group are television transmitter maker Itelco and digital television modulator company ProTelevision. Broadcast Electronics still manufactures a wide range of sophisticated radio studio and transmitter products, but as well serves as the face of its sister companies, selling and providing US based support for Elenos, Itelco and ProTelevision.

Radio in 2019 has evolved tremendously from where it was in 1959 – and Broadcast Electronics is proud to have been a part of that evolution. Help us celebrate at this years Broadcast Asia at stand 4E2-01 and see what the future looks like.